Inhabitants of Sisia I Nkwen, Bamenda  have expressed shock over the pronouncement of the City Mayor asking them to either move out of the risk zones in that neighborhood within 24hours or stay there and move to their graves. The city mayor made the declaration after a landslide occurred leaving an eight year old dead last Tuesday September 29, 2020 at about 7PM.

“So they either chose to move out of here or stay and move to their graves. Where the people are moving to and where they are not moving to should not be an issue now because the only other place to move to is the grave. We  the authorities in charge don’t want anybody to move to the grave reasons why, we are given them 24hours to move elsewhere because the heavy rains may come back and bury them and that is not one of our options”,  Mayor Achobong indicates.

Reacting to the outing of the city mayor, Ndip Theo, a denizen of Sisia says, such words from authorities especially those he thought were elected by the population is shocking:

“I was shocked to hear such words coming from  the city mayor; someone we thought was elected by the population to represent them. When i heard that, they were coming to the site where a landslide occurred , I thought they were coming to sympathize with the victims of the natural disaster only for them to come and be issuing threats and warning people to demolish their homes within 24hours without  bordering to find out where the people will go to. We don’t have a problem leaving because no one wants to die but 24hours is too small, in fact, it is a mockery of our plights, something the administration has never considered when taking decisions,” Ndip laments.

According to the Divisional Officer for Mezam, Mooh Emile Simon,  all those living around the disaster zones have been asked to leave as per a deliberation at the level of the Bamenda city council, but they are still there….“ up till now, they are still there despite being asked to leave. One of them said, he bought the land but as you can see, this is government land, so who sold the land to him,? So we have concerted with the city mayor and the mayor of Bamenda III to implement with immediate effects the resolutions taken during the last deliberations. Therefore, they should all be given 24hours to evacuate immediately because another incident can happen due to heavy rains”, Mr. Mooh Emile warns.

Narrating what happened, Mr. Njong Innocent said, he noticed soil dropping off from a wall at about 4PM only for the walls to come crashing on them at about 7PM. He added that, they were rescued thanks to the timely intervention of neighbors and that, they only discovered his first child, eight year old Blanch when she was already dying and was hurried to the hospital where she finally slept in the lord.

The Sisia neighborhood has always been considered as a risk zone not habitable to human beings, yet houses have been constructed under the watchful eyes of the administration, the same administration whose members usually go there to carryout political campaigns in favor of their political parties. Today, the people have been left abandoned to themselves. 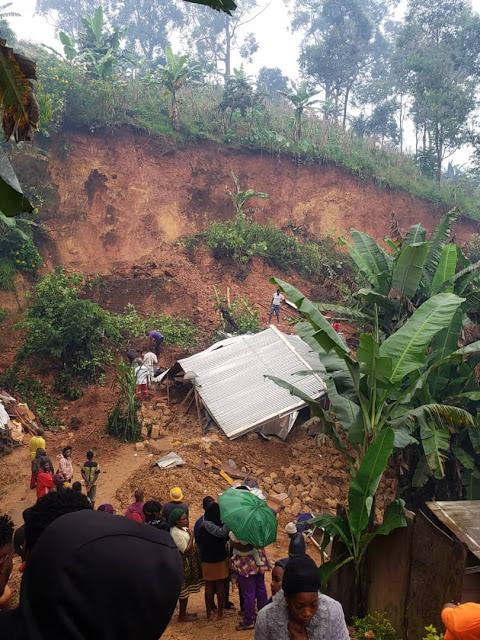 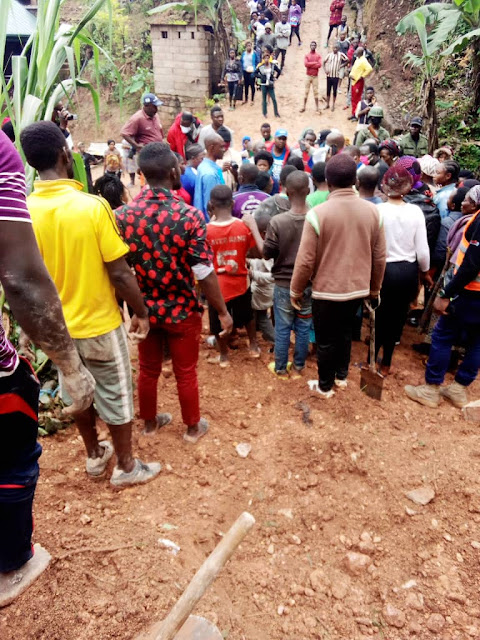 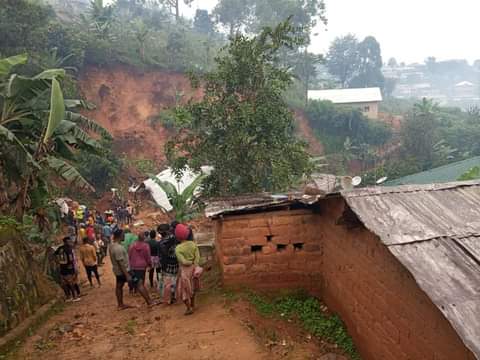