Showing posts from March, 2021
Show all

By Raymond Dingana During the launching of the 2021 Agricultural season in the North West Region that took place in Santa,Thursday March 25, farmers were saluted for standing against all odds in order that,the population is fed.  Pointing out the efforts farmers have been making to feed the country and beyond despite being hit by the ongoing socio-political crisis and the covid-19 pandemic,north west governor,LeLe Lafrique Adolphe celebrated the farmers.  "I want to congratulate the farmers for resuming activities on their farms despite the stumbling blocks mounted by the ongoing socio political crisis and the corona virus pandemic. By doing so, they have been able to feed the population thereby contributing in bringing the security situation to the level we have in the region today," he said.  Governor LeLe,His Colaborators And Farmer' Representatives During The Launch  Despite being able to feed the people,the farmers through madam Ngong Elizabeth Maika requested that
Post a Comment
Read more By Raymond Dingana North West governor, Adolph Lele L'Afrique Tchoffo Deben has prescribed heavy sanctions against those that are not observing anti covid-19 barrier measures.  This was during a tour of some public places in Bamenda, Wednesday march 24,2021. The aim of the exercise was to remind the population of the need to respect the barrier measures put in place by the government to help arrest the spread of the virus. "After sensitising the population, we are now going to move a steep forward. I have instructed all the  members of the covid-19 task forces to start sanctioning those not observing the barrier measures put in place to hault the spread of the virus. We have recorded close to 40 deaths this month and if it continues like this ,we are going to suggest to the head of state to take more stringent measures including procliaming a curfew or some other measures here," Lele L'Afrique said. NW Governor LeLe L'Afrique Talking On The Dangers Of Covid-19 To
Post a Comment
Read more 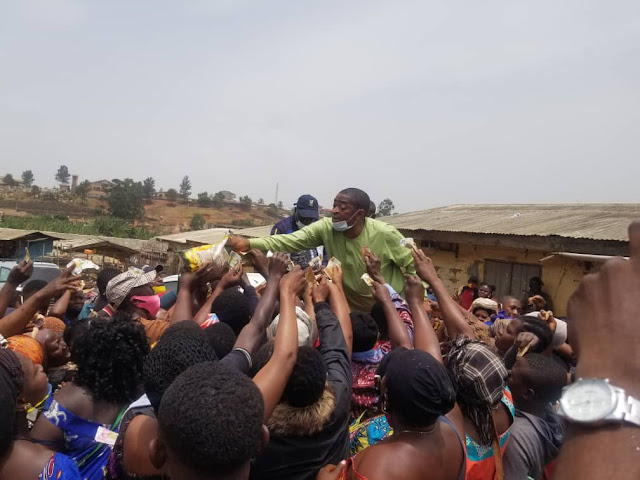 By Raymond Dingana They came in their numbers, a clear indication that,hardship has eaten right deep in to the fabrics of many in Nkwen,Bamenda  III sub division.  Knowing fully well what the people are passing through and how difficult it is to put food on the table these days, the Bamenda City Council decided to take basic needs to them Monday march 15. Bamenda City Mayor, Paul Achobong Selling Basic Items At Yaounde Park In Bamenda Items like UNVDA, Vegetable oil, Sachet tomatoes, Saop, Magie among others were sold at about 50% discount. The populace were opportuned to buy a Five KG of rice at 1000 instead of 3000frs, Vegetable oil at 500 per liter instead of 1200frs, a packet of maggie at 500frs instead of 900frs,just to name but these. Some Of The Items On Sale As stated by the mayor of the Bamenda City Council, Paul Achobong, the exercise was also an opportunity to thank the population for their collaboration eversince the road works began. "We are here to thank the populat
Post a Comment
Read more 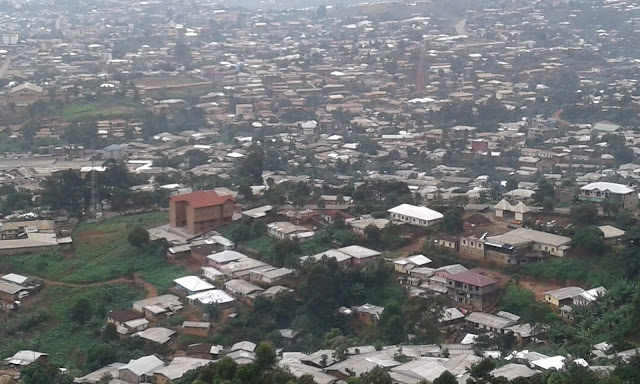 By Raymond Dingana Armed men last friday 12 March 2021, stormed a week keep in Nkwen and abducted the widower. Acording to some of the mourners that were at the wake,the gun men stormed the compound and took the old man away despite pleas from them. He said, they pleaded with the boys to consider the fact that the family was mourning and were in pains.  He added that, the boys paid a deaf ear and insisited on taking the old man away which they finally did. He was only released Saturday march 13, after a ransome had been paid with signs of torture written all over him reason why he was immediately rushed to a health facility for medical attention.  As if that wasn't enough, the wife's mortal remains were blocked from entering her compund Saturday by an injuction order said to have come from the palace of Nkwen.  The body would later be conveyed to the palace for the bereaved family to answer some questions. We later gathered that, the reason for the injunction was because the f
Post a Comment
Read more 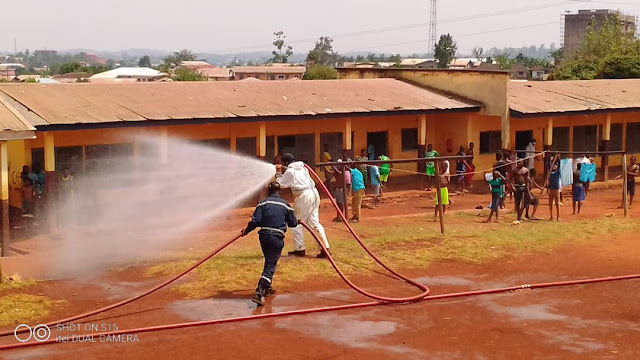 By Raymond Dingana The disinfection of learning institutions and other public places is one of the strategies adopted by the Bamenda II council to bar the way to Covid-19. ElementsOf The Army Rescue Unit Disinfecting Schools In Bamenda. Saturday March 13,2021, the Bamenda II council mayor,Peter Chenwi accompanied  by his councillors working in closed collaboration with the Army Rescue Unit, disinfected some schools in the Bamenda II municipality. The campuses of the Presbyterian Secondary School,P.S.S Mankon hosting P.S.S Bafut, Government Bilingual High School,G.B.H.S downtown, Government Bilingual School,G.B.S and Government Practicing School,G.P.S Old Town were all disinfected to make them no go areas for the pandemic. As indicated by the Mayor, this activity seeks to enhance the continuity of the acedemic year amidst the pandemic. "We cannot be talking education without health.Education is the lone industry that we have. We don't want a situation where classes will be sus
Post a Comment
Read more 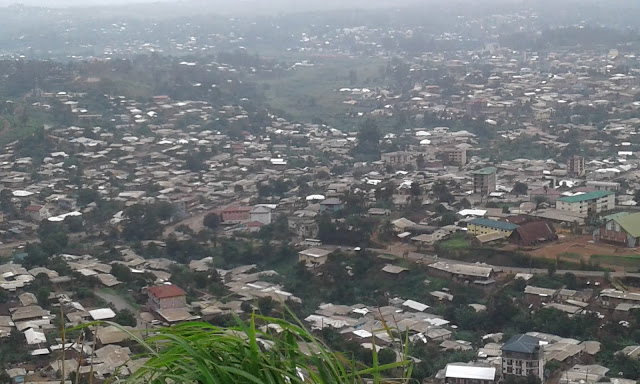 By Raymond Dingana An undisclosed number of persons have either been killed or wounded when gun men stormed snack bars in Bamenda on the night of Sunday breaking Monday March first,2021. Two drinking spots around Mobile and Mile 3 Nkwen respectively were reportedly hit by gun men leading to the death of a least two persons, sources told drayinfos. Bird Eye View Of Bamenda Reports also say, many are responding to treatment in health facilities around the town of Bamenda while some were taken away by the armed men. The recent attacks have caused many to reconsider their night time enjoyment as many now fear they may end up being victims of an attack or  attacks by armed men. Owners of drinking spots are also complaining that, the attacks are affecting their businesses negatively.  This is because many now stay away from from business places. This is not the first time beer palors are hit by armed men especially during night hours. Some months back, two explosive device went off in two d
Post a Comment
Read more
More posts