Showing posts from February, 2021
Show all

By Raymond Dingana The National Coordinator of the Cameroon Community Media Network, CCMN, Rose Obah has said,  community focus will be intensified towards choosing options that will guarantee Peace and Sustainable Development.  CCMN Members At A.G.M. She said, the population depends on  community media for information that will help them make informed decisions among others. She also pointed out that, CCMN will help to push forth the voice of the common man for positive things to start happening. Rose Obah was speaking Friday February 26,2021 in Yaounde after the first ever Annual  General Assembly for CCMN that brought together delegates from all the regional chapters of the network. "I think the community focus will be redirected towards choosing options that will guarantee peace, and Sustainable Development. They look up to community media to share information that can help them make informed decisions and also take them out of the quagmire of violence, unrest, and hate speech
Post a Comment
Read more 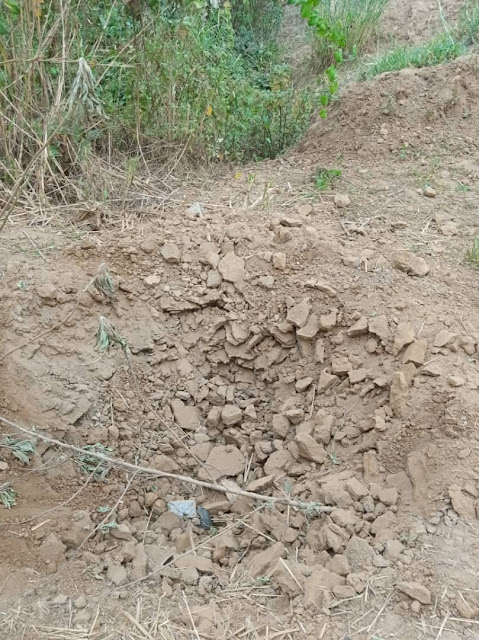 By Raymond Dingana Soldiers Storm Homes Searching For Missing Gun T here was a serious search of homes at the Ntamulung neighborhood in Bamenda by soldiers who were on a special operation to retrieve a missing gun, Sunday February 21, 2021. The gun was snatched from a uniform man at Ntamulung by unidentified men few meters away from a security checkpoint at Ngeng junction on Saturday February 20. The operation prevented many from attending church service while others were arrested and asked to sit and rub their bodies on the ground. It is still not clear if the weapon was found or not. Military Descends On Mbengwi Population E lements of the Cameroon’s armed forces are reported to have gotten many in Tudig, a village Mbengwi, Momo Division well beaten. This was after an improvised explosive device IED went off in Tudig, Wednesday. The military is said to have gotten many well beaten asking them to disclose the identities of those that planted the device that was aimed at them. The ex
Post a Comment
Read more 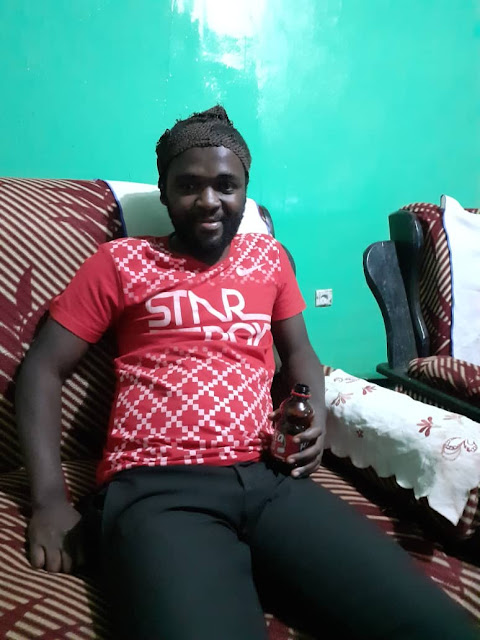 Wawa Jackson Nfor, a Bamenda based journalist has left prison after spending close to three years behind bars at the Nkambe prison. He was arrested on his way back from the village and locked up about three years ago.He finally regained his freedom, Friday February 20,2021.  The last media organ, Wawa Jackson worked for was Abakwa Fm Radio in Bamenda. Wawa Jackson Nfor, After His Release According to Angela Quintal,a front line campaigner for press freedom in the world, " Wawa Jackson had spent close to three years in jail. His trail was riddled with due process violations and this continued to the very end. Today, he was expecting judgement but the charge was changed this morning. He was asked to plead and he pleaded not guilty. The trial continued and he was summarily convicted and sentenced to 2 years in prison. Since he had already served almost three years,he was released," Quintal said. She added that,there are still seven other journalists in jails in Cameroon. Journa
Post a Comment
Read more 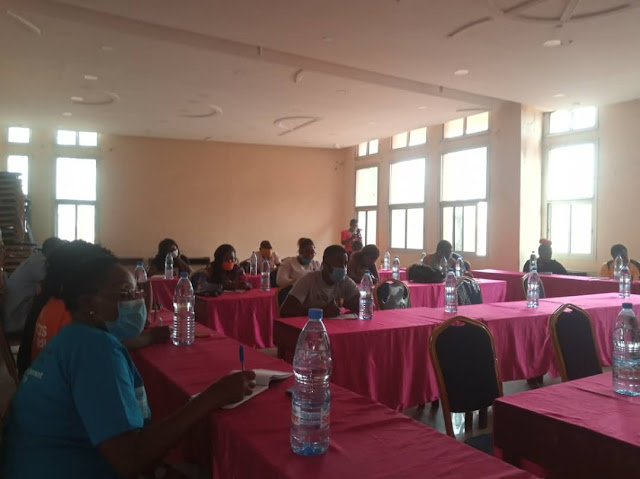 By Raymond Dingana One fact that  disputing it is tantamount to saying sugar is not sweet is that, the proliferation of fake news has no doubt contributed in destroying the society. It has sent many to their early graves, caused many others to be physically disabled and has also caused a good number of persons to lose all what they had ever worked for. A radio and TV repairer at the Ntahbesse neighbourhood in Bamenda in 2019, had an accident as a result of fake news. Mr.Nnwana left his native Bali Kumbat when news started circulating in the village that, the military was heading there to kill any male they come across. On his bike to Bamenda, a military hilux appeared in front of him causing him to panic. In a bid to dash in to he bush, Mr. Nnwana said he fell and break his leg. Till date, one of his legs is longer than the other. In order to see in to it that, such incidents caused by fake news are curbed, Draufsicht which means Beyond the Horizon in a one-day workshop in Bamenda, f
Post a Comment
Read more 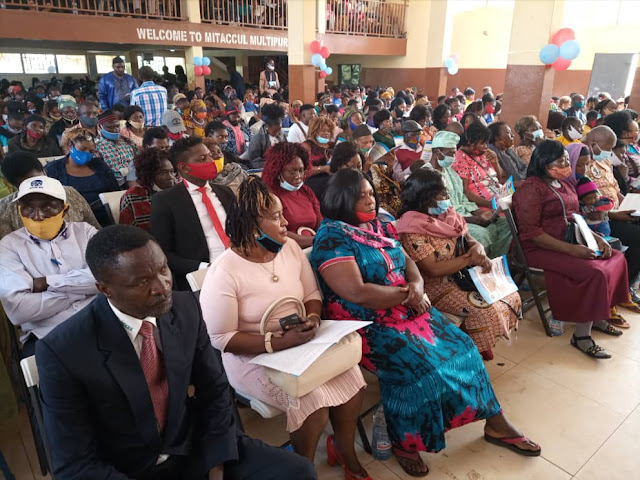 Crossed Section Of Members Of The Credit Union At The AGM. By Raymond Dingana The  president of the Board of Directors of MITANYEN Cooperative Credit Union Limited also know as MitaCCULE, Mr.Muluh Stanly says, the welfare of members  surpasses profit of any magnitude.  He said the credit union will continue to put members before profit because membership satisfaction is continue to be the watch word of the credit union.  He was speaking Saturday February 6,2021 during the 21 Annual General Meeting that took place at the MITACCUL Multipurpose Hall,Sonac street in Bamenda. "Membership satisfaction remains our watch word as we continue to put membership before profit.It is more important to impact positively on the lives of members than making profit." He said. President Of BoDs, MITANYEN Cooperative Credit Union, Mr. Muluh Stanly During The AGM. As far as new innovations are concerned, MITANYEN Cooperative Credit Union is the first to have gone digital with a fully digitalised
Post a Comment
Read more