Showing posts from May, 2021
Show all

By Dingana Raymond Man beaten to near death For Killing Nursing Mother And Her Child. Shocked and consternation is still the order of the day in Nkwen, around  Namoh in new road where a man yet to be identified is said to have killed a woman and her five-month-old baby, sunday may 30,2021 at about 8pm.Sources on the ground indicate that, the lady was stabbed while the child was strangulated.Other sources said, both were strangulated. Before uniform officers could arrive the scene,the suspect had been beaten to near death. He was taken away to help forces of law and order in their investigations. Suspected Murderer Caught And Taken To Where He Dumbed The Lady's Remains Commercial Biker Killed In Nkwen By Gun Men. Shey Beltus as we got the name was shot and he died before arriving the hospital. It all started when he engaged occupants of a white hilux in to a verbal argument after he was knocked down from behind by the vehicle at PNEU junction in Foncha Street. As the verbal exchan
Post a Comment
Read more 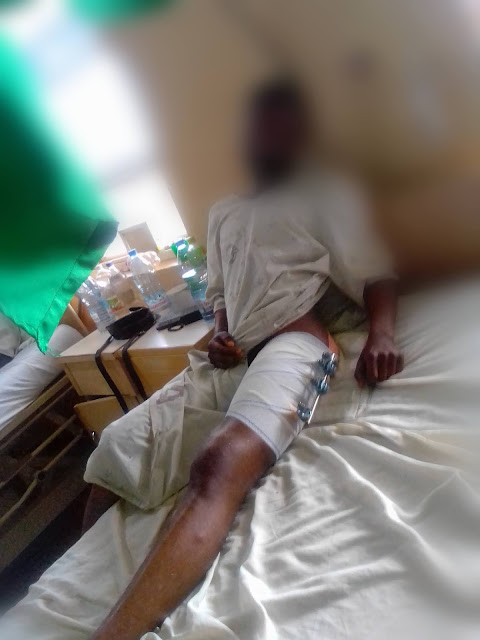 By Raymond Dingana Forgambe Sony Neghop, a student of the Universitily of Bamenda, UBa has finally started receiving full medical attention five days after he was shot by unidentified gun men. The Level 300 Boilogy student of the Higher Teacher Training Collage, H.T.T.C was shot and wounded last Sunday May 16,2021 at the Down Quarter Neighbourhood in Bambili. Sony was finally operated on the leg that was hit by the bullet in a health facility in Bamenda on Friday May 21,2021. This was after the amount of money needed for the operation was raised thanks to assistance from UBa authorities. Before he was transfered to where the leg was operated on, he had spent huge sums at the Mbingo Annex Hospital in Bamenda. Sony, Responding To Treatments In A Hospital In Bamenda. A source closed to Sony said, the left leg hit by the bullet was operated on but the bullet was not removed. He said doctors indicated that, removing it was going to cause more problems and that, the bullet was going to com
Post a Comment
Read more

20th May Celebrations: Promoters of Football, Development, Others Shine. 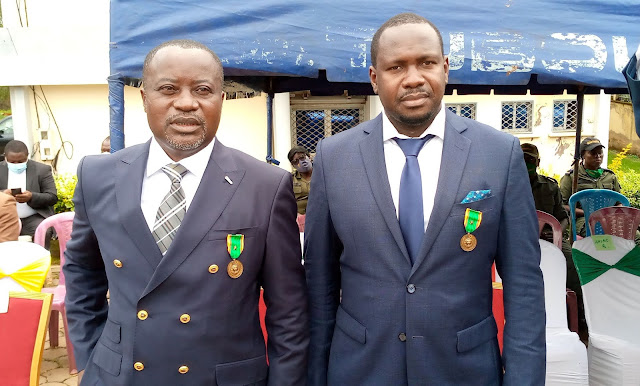 By Raymond Dingana Sixty nine Cameroonians have been decorated with medals of honor as part of activities to celebrate the 49th edition of national day celebrations. The event was chaired by North West Governor, Lele L'afrique Adolph, Thursday 20th May, 2021 at the governor's esplanade at up station in Bamenda, chief town of the North West Region. Young Jacques Achia, President of Young Sport Academy, YOSA and Abunde Pascal, President of PWD Social Football Club all in Bamenda were awarded the Sport Order of Merit for their efforts in promoting football in the region. Talking about some of his achievements in the world of football which to him may have earned him the medal, Abunde Pascal said: "we were able to take a team that was barely existing six years ago to the pinacle of football in the country. There are a lot of things i feel that, we still need to do in order to stay where we are and even move forward." Yong Jacques Achia(Left), Abunde Pascal(Right) In his f
Post a Comment
Read more

Mayor Peter Chenwi Reaches Out To Muslim Faithful In Bamenda 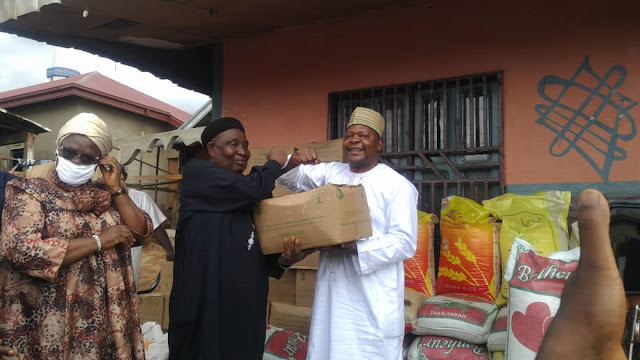 By Raymond Dingana The Mayor of the Bamenda II Council, Peter Chenui has extended a hand of fellowship to Muslim faithful in Bamenda as they prepare to celebrate Ramadan. The mayor visited the Muslim community at the old town neighborhood in Bamenda Friday May 7,2021 with bags of rice, salt, cartoons of soap, vegetable oil among others. Mayor Peter Chenui Handing Over Items To Muslims At Old Town In Bamenda According to Mayor Peter Chenui, Muslim Faithful have been fasting and praying for peace. He said it is a difficult moment for them. "They have been fasting and praying for peace to reign in Cameroon and during this period, some of the families are not vaible reason why we decided to come and assist." He said. He also used the event to announce that, the Bamenda II Council will support the Muslim community in their endeavors to develope their communities citing members of the community that have been recruited to work for the Bamenda II council.  One of the beneficiaries,
Post a Comment
Read more

By Raymond Dingana A commercial bike rider by name Ndibang Samuel has died after he was shot and set ableze by men in uniform in Oshie village, Momo Division of the North West Region of Cameroon. His charred body was discovered Thursday May 6,2021 along side his commercial motor bike. It is not clear why he was caught, shot and set on fire. Unconfirmed reports indicate that, Ndibang was transporting suspected separatist fighters who had forced him to take them around the village. The suspected armed men immediately jumped in to the bushes when they came face to face with men in military uniform leaving him behind. "He didn't run perhaps because he knew he was only forced to do what he did and was hoping to explain to the soldiers," a native of Oshie told Drayinfos adding that, "he was rather caught, shot and burnt alongside his motor bike without given a chance to explain himself." His death came barely days after a family head was killed in his home in Mbengw
Post a Comment
Read more
More posts