Showing posts from February, 2020
Show all

"Violence Has To Stop For Dialogue To Continue"-APOSTOLIC NUNCIO TO CAMEROON, EQUATORIAL GUINEA. 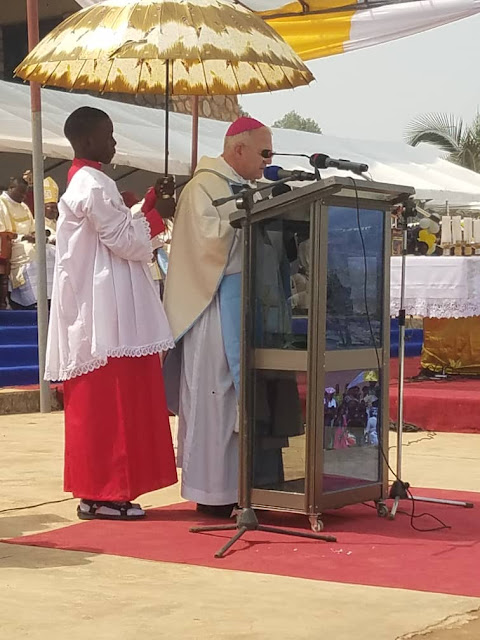 By Raymond Dingana The Apostolic Nuncio to Cameroon and Equatorial Guinea has underscored the need for violence to stop so that dialogue can continue for the prevailing socio political crisis in the two English speaking regions of the country to come an end. H.E Julio Murat was speaking during the solemn induction of Arch Bishop Andrew Fuanya Nkea as the third Chief Shepherd of the Metropolitan See. During Mass at the St. Joseph's Metropolitan Cathedral, Saturday February 23, 2020, Julio Murat said, violence has to stop for dialogue to continue. "Nothing is lost with peace; all may be lost with war. Everything can be sort through dialogue and for this dialogue to continue, it is necessary that violence stop". H.E Julio Murat also called on Christians to pray for the country for peace to rein and also pray and ask God for the gift of mutual forgiveness. On his part, Arch Bishop Andrew Fuanya Nkea invited Christians to pray for the Arch diocese of Bamen
Post a Comment
Read more

Six Wounded As Campaign Caravan Comes Under Attack In Momo.

By Raymond Dingana. Six persons have been wounded in a convoy that was heading to Mbengwi, Head Quarters of Momo Division in the NWR of Cameroon following an attack by suspected Pro independence fighters, Saturday February 01, 2020. Report from sources on the ground indicate that, the first attacked was at Nchualam while the second took place around Ngyen-Mbo. The convoy was that of the Minister Delegate In charge of the Supreme State Audit, Mbah Acha Rose heading to the Momo Divisional Head Quarter –Mbengwi to launch CPDM campaigns ahead of the February 9 elections. Sources in the convoy recounted to the DrayInfos that, one person was shot on the arm, another on the head, and another on the leg. The others sustained just minor wounds from the den guns some of the attackers used. The sixth person was wounded when the convoy was heading back to Bamenda and the attack took place around the bridge over River Mezam. Those with life threatening wounds were transported to the hos
Post a Comment
Read more

February Elections: Tubah To Focus On Development, Not Political Parties 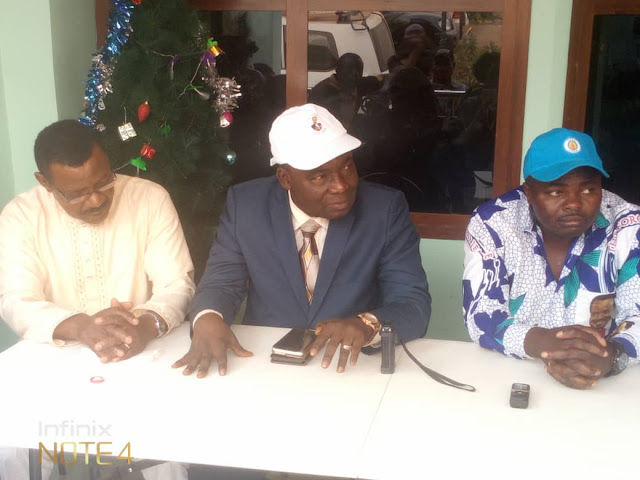 By  Raymond Dingana. The CPDM  Section President for Tubah, Professor Peter Abeti says, their focus ahead of the February 9 elections is local development , the development of Tubah in particular for the Municipal election and the Bafut /Tubah Constituency for the legislative election and not political parties. Prof. Abeti was speaking recently in a press conference that brought together Mayor Tanjong Martin of  Tubah Council and the parliamentary aspirant for the Legislative elections for Bafut/Tubah constituency  Mr.Agho Oliver  at up station in Bamenda. “ What I want to stress is that, as we are going in for these elections, we are not focusing on political parties, we are focusing on local development, which is the development of Tubah in particular and we have a joined constituency with Bafut. They is no need for any opposition in Tubah because of what use is it for us in Tubah to be fighting each other because of political parties rather than coming together to develop
Post a Comment
Read more 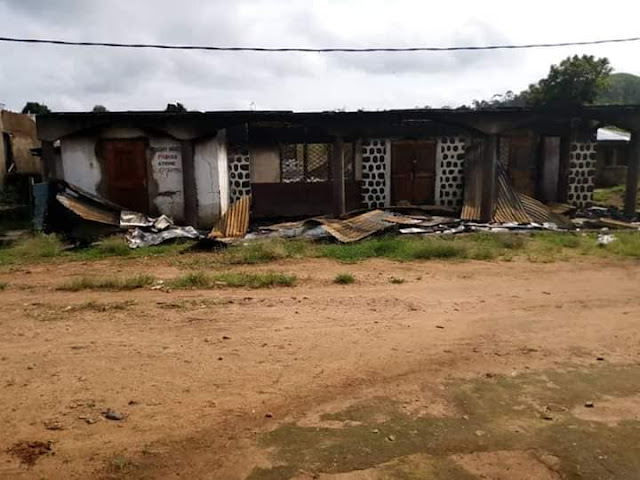 By Raymond Dingana. “   Enough is enough, we are not afraid of death any more, we will defend ourselves, we are getting killed for nothing, what is our crime, who told you that you own Wum, Wum is for all of us”   .  These were some of the things the Ahem women were saying when they went out recently in Wum accusing some members of the Fulani/Hausa communities for killing their relatives and burning down their houses. Reports from Wum say, the women went out in their numbers recently to confront the armed Fulani and Hausa youths whom they say are backed by the Cameroon military. Talking to  DrayInfos  Ngum, a commercial bike rider said, the women as they emptied themselves in to the streets were saying they have been pushed to the wall and were ready to fight back. He furthered that, before the women even went out to confront the armed Fulani  and Hausa youths, closed to five houses had been razed and about four persons killed under unclear circumstances with accusing fingers p
Post a Comment
Read more
More posts