Showing posts from June, 2021
Show all

By Raymond Dingana The Cameroon Baptist Convention Health Services, CBCHS and the Christian Blind Mission(CbM) have joined forces together to provide an Inclusive Humanitarian Response to Persons With Disabilities, Internally Displaced Persons (IDPs) and their Host Communities. This was revealed during the launch of the ''Disability Inclusive Humanitarian Action" and the "Inclusive Eye Care project," Friday June 26,2021 at the CBC multipurpose hall. The Inclusive Eye Health(IEH) Project is established within the context of Covid-19 to ensure that, eye care services get to underserved population especially people with disabilities. Cataract surgical services, dispensing of quality eye glasses, primary eye care service and many others are some of the areas of interest. The two projects are expected to run from June 2021 to May 2023. Eversince the Socio Political Crisis erupted in the two English speaking regions of Cameroon, Humanitarian Actions have not been i
Post a Comment
Read more 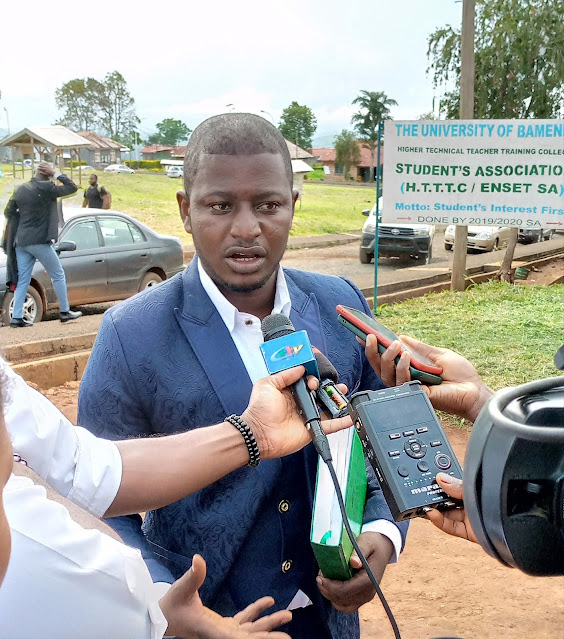 By Raymond Dingana The first ever Phd thesis has been defended in the Faculty of Law and Political Science of the University of Bamenda, UBa by Bamnjo Herman Yenika. He successfully defended a PhD thesis titled Regional Intergration, Peace Keeping and Conflict Resolution at the Amphi 340 in the UBa campus, Friday June 25,2021. During the exercise that lasted about two hours, Bamnjo Herman, now Doctor did a comparative study of the Economic Community of Central African States (ECCAS) and the Economic Community of West African States, (ECOWAS). Dr. Bamnjo Herman Talking To The Press After Successfully Defending His Thesis Dr.Bamnjo explained that ECOWAS has intervened in countries like Liberia and Sierra leone bringing the wars there to an end whereas ECCAS is yet to register such an achievement. He went further to say that, despite the presence of these two giant blogs on the African continent, many parts of Africa are yet to savour the kind of peace they would have loved to because
Post a Comment
Read more

Population Of Tadu, Others Resort To Bush Houses After Bui Cleaning 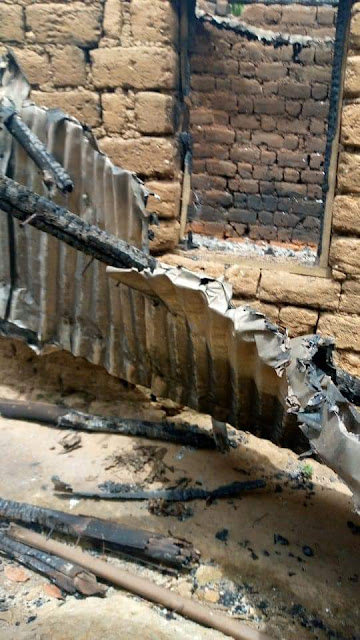 Raymond Dingana The population of Tadu and other villages in Bui Division of the North West Region say, they prefer to keep living in the bushes than going back to their homes. They explained that the last operation baptised 'Bui Clean'carried out by the Cameroon defense forces that ended some days back caused the death of many civilians. "Many of our loved ones were killed, many are still missing as we speak, corpses are being discovered in bushes with some killed with their hands tied behind their backs. There is no guarantee that, we will be safe if we go back given that, the soldiers have not left Bui which means they can come back for us at any time. Remember that many including the old were pulled out from their homes and shot dead. We are scared because, who knows who will be the next and because of this, we prefer the bushes than going to where you are not sure to see the next minute," Tarzenyuy told Drayinfos from his farm house in kumbo sub division. Homes
Post a Comment
Read more 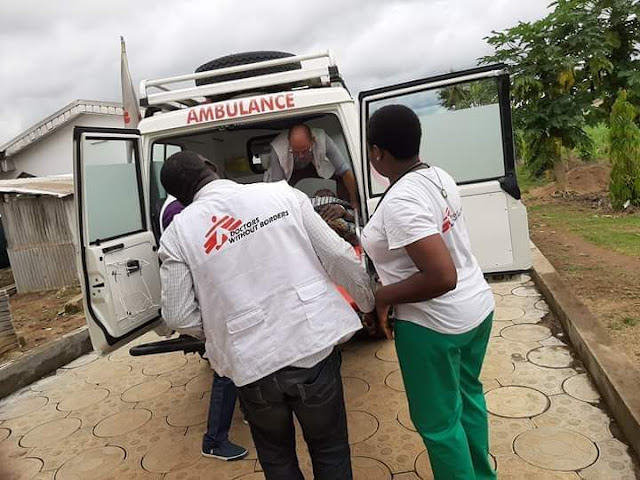 By Raymond Dingana Doctors Without Border known in it's french acronym as MSF has urged the government of Cameroon to put the health needs of the population first by lifting then ban on its health care services. This is contained in a press release signed Tuesday which indicates that, thousands of people in the North West Region of Cameroon continue to struggle to enjoy adequate health care services. “We call once again on the government of Cameroon to put the needs of the population first, and to immediately reinstate MSF’s essential medical services in the North-West. Our operations cannot remain on hold indefinitely, ” MSF said in the press release. As indicated by MSF, thousands of people have continued to be denied urgent and life saving health care following the suspension of their activities by the government.  Doctors Without Borders Providing Health Care Services In Bamenda Despite all attempts to talk the powers that be in to lifting the suspension, MSF say, their request
Post a Comment
Read more

By Raymond Dingana Transporters and other road users have continued to decry instances of Hate Speech and Xenophobic comments made to them at various security check points in Bamenda by uniform officers. They say, hate names like Ambazonie, Anglofools, and Terrorists taximan among others have been used on them countless times. Extortion, sexual and other forms of military harassments have also given birth to a high level of hate in the communities especially between civilians and uniform officers. To many civilians, this is the source of the hatred they have developed for uniform officers which is only insuring that, the circle of hate continues. One of those who said he has suffered such hate language from uniform officers is this cab driver who only wanted to be referred to his as Gideon. He said, “ On my way to Bambili, I was asked to stop by soldiers at the security check at mile six Nkwen, I had one passenger in front and three behind, yet I was asked to settle control, I refused
Post a Comment
Read more 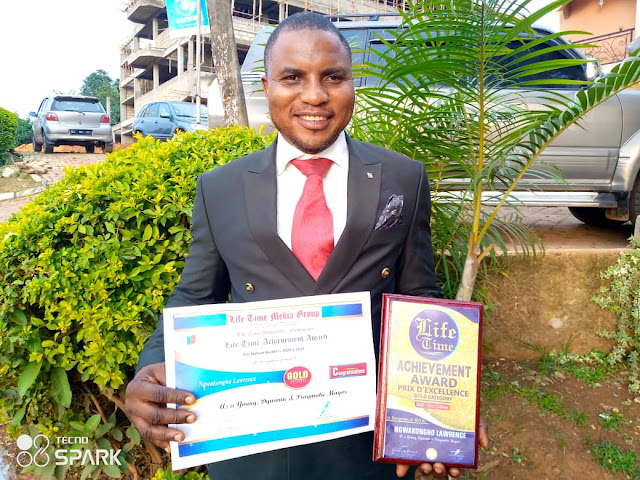 By Raymond Dingana Just one year in office, the efforts of the mayor of Bafut, Ngwakongoh  Lawrence to  develop his municipality have come to lime light and have attracted recognition already.  Last Saturday May 29, 2021,Mayor Ngwakongoh received the Achievement Award of Excellence from the Life Time Media Group in Bafousssam, chief town of the West Region of Cameroon. The award in recognition of merit to Mayor Ngwakongoh Lawrence as a Young, Dynamic and Pragmatic Mayor was handed to him by the Governor of West Region, Awah Fonka Augustine. Mayor Ngwakongoh Lawrence Brandishing His Awards In Bafoussam After receiving the award, Mayor Ngwakongoh said, time for all to come together, keep hatred aside for the sake of the municipality is now. "I am using this as an opportunity to called on my brothers and sisters who are still holding hatred in their heart to give peace a chance and let's make Bafut appear beautiful and developed, more than what it used to be,"  the mayor sai
Post a Comment
Read more
More posts