Showing posts from September, 2021
Show all

By Raymond Dingana A man whose name we got as Ndifor has been killed by armed men around Church Center, a neighborhood in Bamenda II Sub Division of the embarttered North West Region of Cameroon.  Ndifor who was the owner of a Provision store at Mile 90 Nsongwa around a military check point was killed on Friday at about 7:30pm. His lifeless body with bullet wounds and a shattered head was discovered near his wheelchair. Ndifor Lying In The Pool Of His Own Blood After He Was Shot. "He was picked up on his way back from his shop at mile 90. They accused him of being an informant and selling goods to soldiers,"   someone familiar with the incident told www.drayinfos.com.  Video and audio clips have been animating the social media with some of the speakers blaming the Cameroon military while others said Ndifor was killed by men on board a motor bike. This is not the first time Persons with Disabilities are targeted in the ongoing war rocking the North West and South West Regions
1 comment
Read more 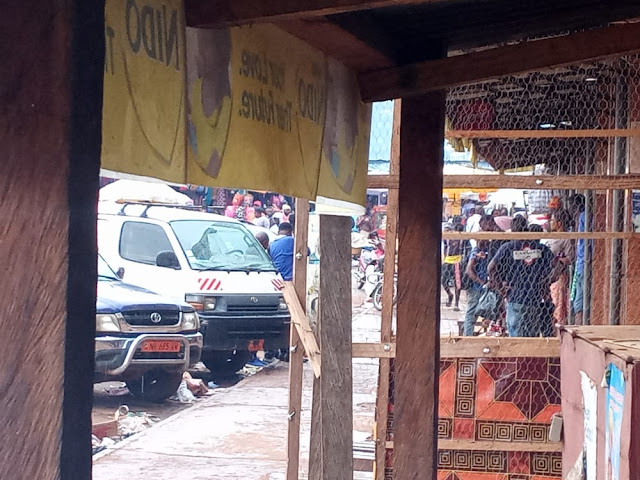 By Raymond Dingana A police officer by name Garga Ali has been shot by armed men as he fought to prevent an act of robbery from taking place at Way Out Nkwen Park, Bamenda III Sub division, North West Region of Cameroon. This was when gun men stormed the area targeting a provision store where they brandished their weapons and demanded that, the shop owner should empty his coffers in to their bags. According to eye witness account, a man said to be  second grade inspector of Police whose only names we got as Garga is said to have grabbed the gun man to safe the situation. Onlookers Standing Where The Officer Was Shot. Garga, Police Officer Shot In Nkwen, North West Region Of Cameroon As he tried to wrestle the gun man to submission, another emerged from his hiding and rained bullets on the police officer. The sound of the gun caused commotion at the market as many could be seen running helter skelter. "They were in their numbers with about three bikes. After shooting at the man, t
Post a Comment
Read more 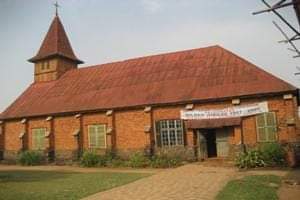 By Raymond Dingana Separatist fighters in Bali Nyonga, one of the focal points in the ongoing war in the restive North West and South West Regions of Cameroon have placed on a ban on the activities of the Presbyterian Church in Bali. They said, the ban will only be lifted after the resignation of PCC Moderator Rt. Rev. Fonki Samuel and the and Rev. Simon Voma. Voma was shot along with other Christians, including a woman by name Ma Grace Numvi, who died from the bullet wounds. Presbyterian Church Bali( Picture use for illustration) Grace Numvi was interred in Bali on Saturday, September 4, 2021 by Christians and other sympathisers including those who trekked from far away places out of Bali. PCC Christians bury Ma Grace In Bali The relative calm Bali was enjoying may just be heading for the rocks after an audio clip said to be from armed groups in that part of the region emerged with the speaker banning the activities of the PCC for "lies telling". "The PCC Moderator and
Post a Comment
Read more

Back To School: NW CJTU Softens preparations For Members

By Raymond Dingana The North West Regional chapter of the  Cameroon Journalists Trade Union,CJTU has assisted its members with didactic  material to ease back to school. The items comprising  ten books per pack, pens, pencils, rulers among others were received by all members of the union. The school material  worth  two hundred thousand francs were handed to CJTU members Saturday September 04, 2021 during an extra ordinary meeting of the trade union. NWR CJTU Family At The Handing Over Ceremony Handing over the items, the North West Chapter President of CJTU said, journalists in the region especially those in the private sector are facing a lot of challenges.  "The initiative was born  to support journalists who are facing a lot of challenges with some not even able to send their kids to school. We reached out to some elite and got a positive response from Minister Mbayu Felix.  Nji Ignatius said adding that,  "don't be surprise that, many will not be able to send kids t
Post a Comment
Read more 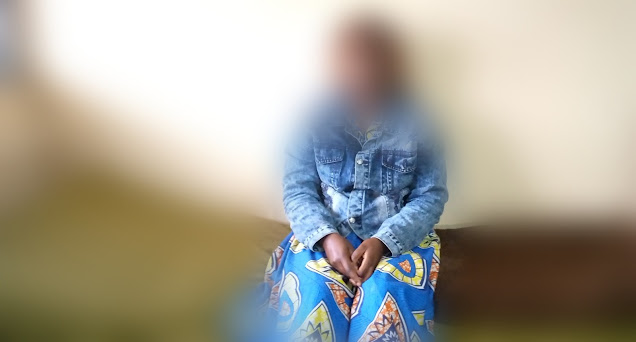 By Raymond Dingana Ambe Lum who was shot around the abdomen when the Cameroon Military raided what it described as one of the main camps of kidnappers in Mforya Bafut is finally up and kicking after  several days of intense treatment at the hospital. She was speaking Wednesday September 01, 2021 after recovering from the bullet wounds she sustained during a raid that left five kidnappers dead as indicated by the military. After spending 13 days at the 5th Region Military Hospital in Nkwen Bamenda, North West Region of Cameroon, Lum has finally regained her health and has left the hospital as she looks to kick on back with her life. Talking to drayinfos.com, she expressed gratitude for the proper treatment received as she now looks forward to return to school.  "I will like to go back to school. I was in lower sixth science. I am pleading that they should help me because I really love school,"  Lum who dropped out in Lower sixth said. Ambe Lum At The Hospital After Recoverin
Post a Comment
Read more
More posts