Shock and consternation is still the order of the day at the cow street neighborhood in Bamenda following the death of Nelbini Layssoua, a security guard working with Total filling station in Nkwen. He died when fire engulfed his room Monday November 9, 2020. Reports say, he would have been rescued if the door of his room was not locked from inside. As stated by a neighbor, Nelbini locked the door because he was trying to tamper with the fuel before taking it to the market:

“He came back, lit the stove and started mixing the fuel. His junior brother said he warned him to stop or take it outside but he declined saying neighbors were going to see what he was doing. He said he decided to move out when Nelbini decided to lock the door,” a neighbor recounted what the junior brother to the deceased told them.

The Army Rescue Unit was alerted and they quickly rushed to the scene reason why the fire was arrested before it could spread to other buildings. Nelbini was found roasted to death while all his belongings have gone off in flames. He was later buried by the city council, source confirmed to DrayInfos.

Ajebit Fabrice of the Army Rescue Unit in Bamenda discouraged what the he termed, ‘’illicit manipulation of fuel’’ saying it is very dangerous. He advised the populace to stay away from such practices adding that, it is very common in Bamenda.

Paul Achobong of the Bamenda city council was also at the scene and encouraged the population to always get in touch with the council before erecting any structure so that in case of incidences like what happened in cow street, they will be easily rescued. He also called on the landlord of the affected compound to furnish him with a comprehensive list of all those in that compound including what they do for a living in order to avoid further calamities.

It should be born in mind that, the sale of illicit fuel is a business that many in Bamenda have embraced. Many buy from Nigeria while others simply buy from filling stations and resell after tampering with it. The condition under which the fuel is stored is very risky as they are stockpiled in residential areas and at times in the same room where the vendors sleep like the case of Cow Street.

The business is also flourishing because; those that are supposed to make sure the products are taking off the street are promoting it in one way or the other. Vendors have told DrayInfos that, police and gendarmerie officials pass by on daily basis collecting bribe from them thereby enabling them stay afloat in the business. 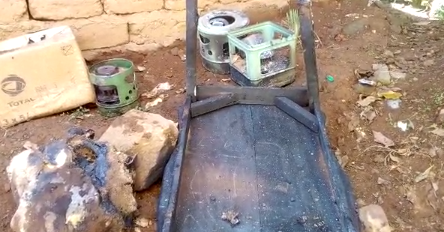 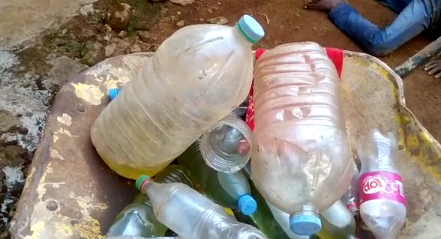