While the military was out controling traffic and stopping movements when the Minister of Youth Affairs and Civic Education, Monouna Foutsou was about to be received in Bamenda, a member of the Catholic Men Association who was part of a convoy that was enrout to the Pastoral Center for an Enlarged Executive Committee Meeting was forcefully stopped and verbally assulted by a uniform officer in plain clothand at up station.

"So you think because of you are dressed in church uniform and sitting on the steering means i cannot do anything to you, do you know i can slap you, do you know I can burst your tires,” and the officer went on and on.

The man was exceedingly angered as to why a young man will treat him in that manner:

"Is it because he is carrying a gun?This is how they go about picking curses and placing on themselves.He would have given me a listening ear at least.I though since we were part of the convey and because we were not stopped right up to this point,it done on me that, they understood what was happening only to be harassed," he lamented.

As the old man struggled to start the engine, it was also behaving funny and some of the occupants said, they could see the officer’s hand around his waist, but it was not clear what he was doing or wanted to do. 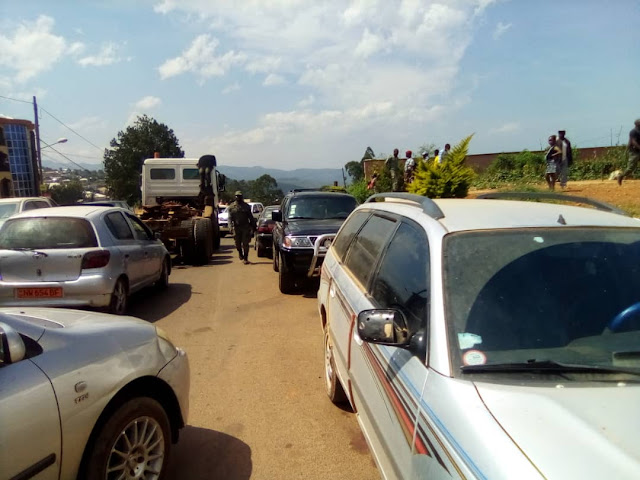 It should be pointed out that, traffic is always interrupted when ever a government minister is in the region. To many road users, all these are instead taking the country behind because to them, in other countries, such is considered old fashion and adds nothing to the development of the country. Many have suggested that, the ministers should always come by air or move straight to the event ground and stop grounding traffic for a long while.