Do You Know What Your Pillows Are Stuffed With?

Curiosity as to what pillows are stuffed with has pushed curious users to uncover the mystery. While some just buy and start using without trying to find out what is inside, many say they have taken time off to check the content after feeling uncomfortable using them.

Many say they were forced in to uncovering what their pillows are made of because rather than being soft and comfortable, the pillows were like wood which to them was not supposed to be like that.

Others said, they were too soft for their liking making them not to feel the comfort of the pillows. The softness rather raised worries as to what was inside given that, it was rather given them neck and back pain. 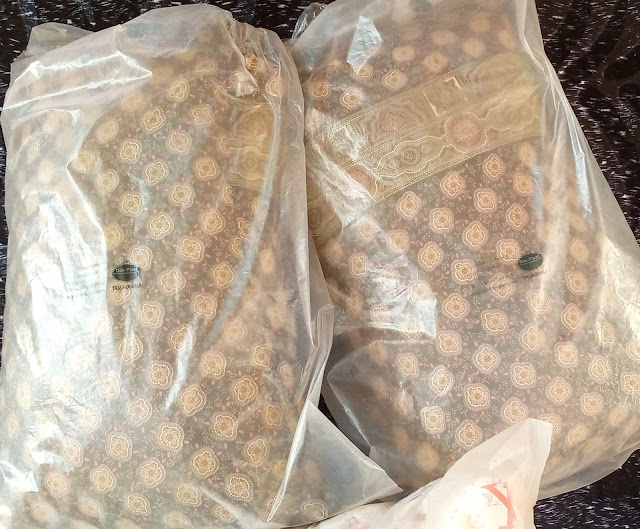 According to Nana Martin, an apple vendor in Bamenda, the reason why he stopped buying pillows from mobile vendors was because of what he discovered in the ones he bought.

"The pillows were very soft when i bought them. They were like everything was made of cotton. After a period of about one month, i started witnessing some hard tissues inside. The pillows started losing shape so I decided to get new ones. I explained to the vendor at Commercial Avenue so that he should not give me the same kind i was running away from. He laughed and asked me to go and open them. When I did, I saw jean material, kakki and others covered with tiny foam, and that was a pillow," he narrated.

Mr. Ngum Jones said, he bought pillows in a bush market in Eau and was shocked.

"May be because they were selling to villagers, they stuffed grass, the one used in producing what we call grass mattresses. This was quickly discovered because after sometime, my mum whom i bought them for said they were making some funny sounds like someone moving on dry grass. Dusty substances too could be seen coming out. What a wicked world?"he said.

A tailor along the Congress Hall street in Bamenda who said he sows most of those pillows said, if not that he is only struggling to feed himself, he would have long punctured such acts.

"You need to see what these guys put in these pillows. At times they will sweep pieces of cloth in my shop and give me to pack inside. Since I'm only struggling to survive, i stay quiet,"

In a video which we have not been able to independently confirm its veracity that has gone viral, the man is seen removing the items from the pillows he bought expressing shock and disbelief.

"I slept on the pillow but could not understand what was happening. I decided to open only to discover underwears, breast wears and other pieces of cloths which may have been swept from a tailoring workshop. I just want you people to see what we buy so that we can be careful," the voice in the video indicated.

One of the vendors who refused to be named explains why they operate in that manner" to get the real material to produce good pillows is not an easy task. Material like the foams is hard to come by these days. The covid-19 pandemic and the ongoing Anglophone crisis have made it difficult for this material to get to us. The few that comes in are expensive reason why those we produced from them are too expensive. We used the old cloth, under wears and others to produce cheap ones that can be sold at say 1500frs a pair whereas the others are from 4000 to 6000frs and above per pair. How many persons can afford that in Bamenda these days?'' he asked.
As explained by many of the vendors we contacted, they used material that are far away from what real material are supposed to look like so that, all the classes in the society can afford a set of pillows.
In order not to fall prey and only lament later like many have done, a school of thought has suggested that, confirming what you have just bought before leaving the place  will not be a bad idea.

Decorluv Boutique said…
You are providing such an informative article here. You have described everything which is easily understandable to everyone. Keep sharing this kind of articles, Thank you.cute decorative pillows for bed
April 11, 2022 at 12:50 PM

Robert steveson said…
You wrote this post very carefully.Best Pillow For Acid Reflux The amount of information is stunning and also a gainful article for us. Keep sharing this kind of articles, Thank you.
April 30, 2022 at 1:40 PM