By Raymond Dingana
The first ever PhD candidate from the Department of English Language of the University of Bamenda, UBa has successfully defended her thesis on the ills troubling many countries around the globe including Cameroon.
Killing of persons including children, raping of women among others are some of the ills Dr.
Emmerencia pointed out which she said are being suffered by post mordern societies both in developed and less developed countries.

"Presently we have problems in the North West and South West Regions of the country. We see people being killed, children being murdered and women being raped, The thesis serves as an eye opener for us to see those hidden atrocities and to instill hope in us that inspite of those things that are happening, we need to expose inequalities happening in our societies today so as to see changes in future," Dr. Beh Sih said.

She also suggested in her thesis that issues like Feminism, Racism, Discrimination and Homosexuality need to reviewed.

According to Dr.John Nkengasong, the research work of Dr. Beh Sih indicated that deviating from the African norms is a blow to the African culture,

" The value of her research work is that, it creates an awareness that what we call modernism deviating from traditional norms has a serious impact on our societies and so there is need to regulate practices," Dr. Nkengasong noted.

It should be burn in mind that Dr. Emmerencia Beh Sih is the first ever PhD candidate from the Department of English Language of the University of Bamenda UBa to defend a PhD thesis. 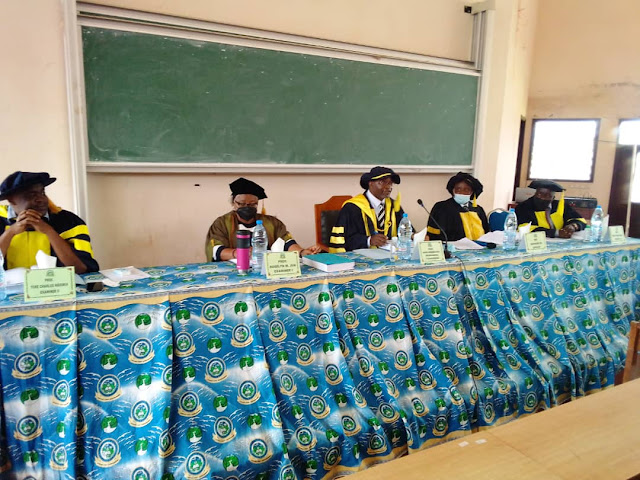 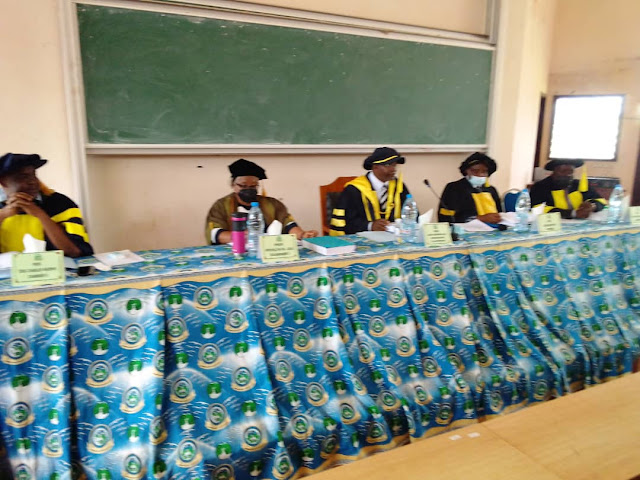