By Dingana Raymond - March 09, 2022
By Raymond Dingana
A ulitity pole that has been lying on the ground for days now at the mile II Junction neighborhood in Nkwen is still to be taken away despite the dangers it poses to the population.
This has made many to ask the question as to whether the officials of ENEO in Bamenda are waiting for disaster to strike before they can give the matter the seriousness it deserves

We have reported to them but received no positive reply. The cables are lying there just like that and it is not healthy for our kids. I wonder if they want the worse to happen before they will come and open investigations, Tarzenyuy Wirngo said.

The fallen pole has plunged many households around Cowstreet in Nkwen, Ntamulung in Mankon among others in to darkness there by making life very difficult.
This has caused electricity users to lash out at ENEO officials in the Northwest region for dragging their feet as far as fixing the problem is concerned,

The pole fell when a heavy duty vehicle pulled down the cables thereby forcing the pole to the ground,

an ENEO client who has been for days without electricity told drayinfos.

There are a good number of young men who claimed to be ENEO workers.When ever such happens, they will pass around and collect money from us with the pretex that they want to fix the problem or provide temporary solution.

The affected households have blamed this extortion on what they say is ENEO's luke-warm attitude when it comes to proving rapid solutions to issue that have to do with electricity supply and destribution.

I made calls to the eneo through the customer service number 8010 and I was told a team of technicians will be sent there but till date, there has been no sign of them, this is bad especially for those of us who do our best to pay our electricity bills. Wirngo said.

Nkwen just like many other areas in Bamenda have for some time now been suffering from epileptic power supply coupled with high bills despite not enjoying regular electricity supply.
The electricity distribution company has been doing it's best to replaced the fallen poles.
However, the population thinks much still needs to be done especially in the area of identifying worn out poles for quick replacement. 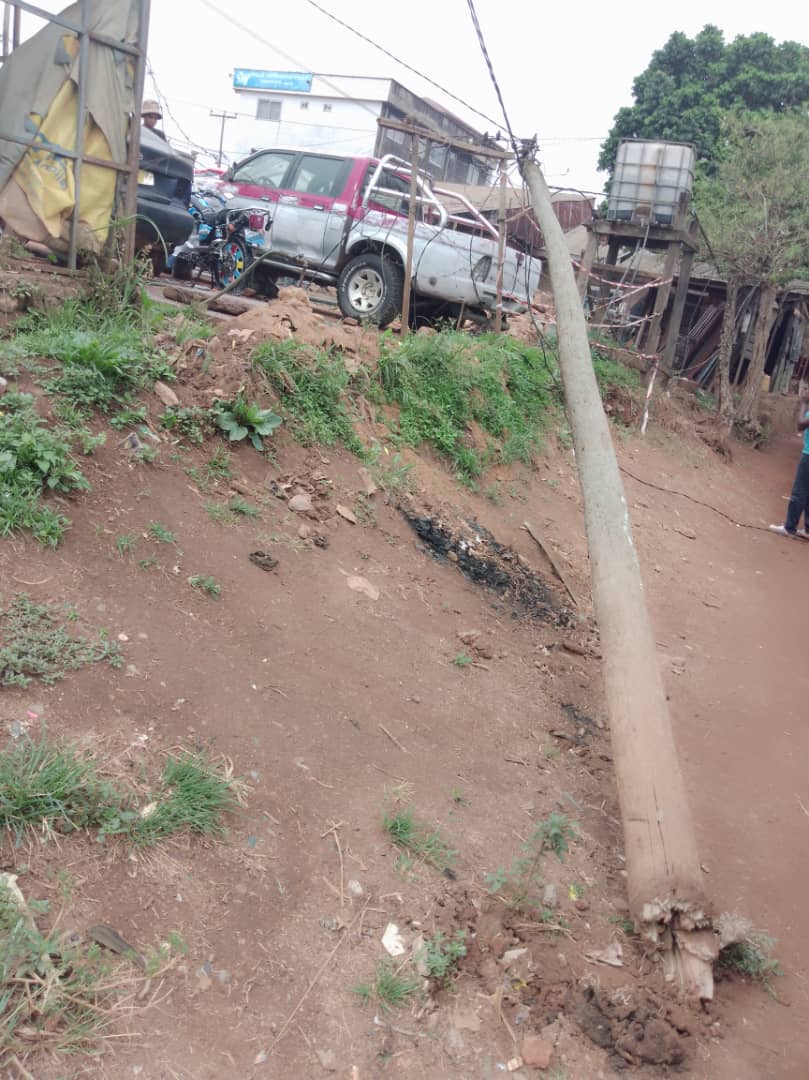 There are many of such poles lying on the ground in the neighborhoods, yet very little or nothing is being done to take them up and spare the population the trouble.
www.drayinfos.com
+237 676238865(WhatsApp only)