By Dingana Raymond - March 10, 2022
By Raymond Dingana
The Communication and Public Relations Officer of the National Assembly NA, Ekema Emmanuel Likine has won the Guardian Post Most Pro-Active Institutional Communication Officer's Award in Cameroon for the year 2022.
He scored big at the Guardian Post Award Ceremony that held recently in Bafoussam barely two months after he was appointed to man the above mentioned office.

According to Ekema, the award came as a result of hard work and his efforts to ensure that all what happens at the NA is disseminated to the entire nation,

One of the innovations i brought was to opened up communication chanels with media organs all over the national triangle where information from the national assembly is share so that it can have a wider coverage,

Ekema said and furthered that, it has not been easy as I sometimes resume at 6:am and signed out at midnight just to meet up with the needs of the media organs covering the institution. Passion has been my driving force and I want to believe that TGP was able to identify this.

He also explained that he understood the fact that it was impossible for all the media organs in the country to cover events at the National Assembly at the same time reason why working closely with those in the communities is important,

Everyone has the rights to be informed about what is happening at the national assembly. If all the Journalist cannot be there, they should also be able to get the information and feed their audience with even without traveling to Yaounde, said the communications officer.

He has also promised to intensify what he describes as Media Outreach which he says is to open up the NA to the rest of the country through media outlets so that information should flow right to the grassroots. 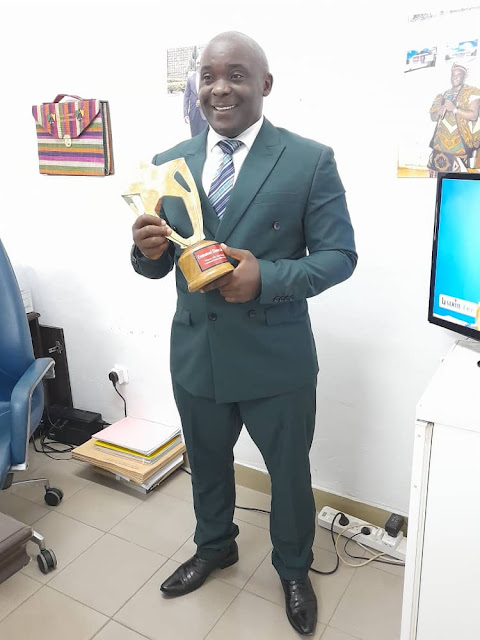 To the young stars in the profession, Ekema Emmanuel says they should learn to love and have passion for what they do and they will go places.
drayinfos.com
Contact: +237 676238865(WhatsApp only)