By Dingana Raymond - March 23, 2022
By Raymond Dingana
It was a day described by many as  catastrophic and scary for travellers along the Bamenda-Ndop road as they came face to face with frightful looking young men heavily armed.
A day that will remain indelible in the minds of those who set out for Ndop and beyond and met eye-to-eye with gun carrying men suspected to be Ambazonia fighters.
These armed men operating on that part of the region interupted their journey in a brutal way, says Anastasia who was journeying to Ndop.

The gun men reportedly burnt down a good number of cars including those transporting food stuffs like tomatoes and others.
A vehicle belonging to a company envolved in the production of Ndop rice is one of the casualties of the attack.
The gun men abducted some passengers and ferried them in to the bush, a source who opted for anonymity told Drayinfos.com.
Aboubakar is one of those who was travelling to Ndop when they encountered the dreaded gun men. He says

It was one of the most scary days of my life. The boys were firing in the air as the blocked the road. They set cars ablaze after asking everyone out.They accused us of violating calls for a ghost town operation they had earlier announced,

Aboubakar said and furthered that

I just like the others were not even aware such an information had been circulated, we would not have been on that road. Many of us had to return to Bamenda and could only get  vehicle in Bambili.

We also gathered that no transport vehicle has been able to use that stretch of road after today's incident. 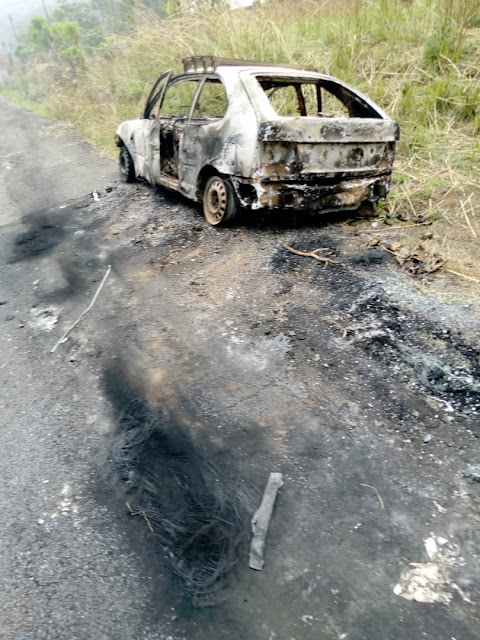 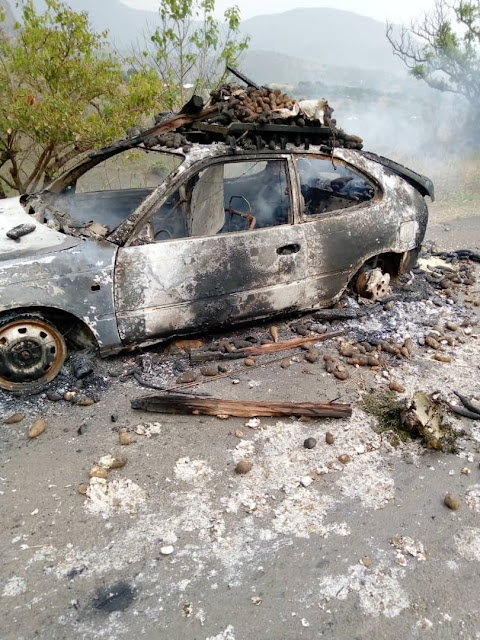 What is happening in Ndop has been described by many as a situation where two elephants are fighting and it is the grass that is suffering.
Society watchers have always indicated that the ongoing war in the two restive regions of Cameroon is weighing more on the civilian population who are only struggling to survive.
Photo Credit: WEB
www.drayinfos.com
Contact: +237676238865(WhatsApp only)
ANGLOPHONE CRISIS.