By Raymond Dingana
Cameroonian-born businessman, El Hadj Baba Ahmadou Danpullo who is said to be the wealthiest man in Francophone Africa is reported to be under severe xenophobic attacks in South Africa.
The FNB greedily and violently decided in early 2020 to seize and liquidate all of Danpullo’s properties in South Africa, valued at approximately R5 billion ($277 million).
Mr Danpullo has been in South Africa for over 35 years, creating employment from many of his investments.
The properties are managed by Bestinver Company South Africa Ltd, Joburg Skyscraper Pty Ltd, and Bestinver Prop 01 Proprietary Ltd, which are all subsidiaries of Bestinver, the group he founded.
Combined, the loans that the FNB bank has granted to these various companies amounted to R615 million in October 2017. Repayment, at around R10m per month, was to be spread over ten years.
According to Baba Danpullo and his lawyers, the FNB demanded the signing of additional guarantee documents and the immediate early repayment of the remainder, with seven years of repayments remaining and R550m due in April 2020.
According to the latter, this demand is a “violent, anti-professional, racist, xenophobic, and inhumane crusade” aimed at evicting him from his properties.
In addition, the bank has forcefully collected up to R540 million in the form of rentals since the violent seizure of these properties. Danpullo says the move is racist and xenophobic and borders on exclusionism aimed at retarding African progress by targeting black African businesspeople.
Over the years, Baba Danpullo has built up a vast property portfolio in Johannesburg, Cape Town and Gqeberha (formerly Port Elizabeth). These properties generate approximately R20m a month, creating employment across the real estate sector and supporting jobs along the value chain.
Danpullo is under what many have described as scathing attacks following his success in the country’s markets. The renowned business mogul, who has been investing in South Africa for the past 35 years and making significant investments, has never had any problems with his business.
Many have expressed shock that Baba Danpullo’s unarguable successes now attract banana peelings off his investment paths in South Africa. These coordinated attacks emanate from his excellent economic performance in the market that led him to acquire the Standard Bank commercial building with the help of the National First Bank at the cost of 21 billion FCFA francs.
Despite the challenging business environment due to global economic shocks caused by the health pandemic, Baba Danpullo, has always honoured his commitments to the said bank.
According to The Guardian Post Newspaper, the loan was meant to be repayable over ten years. Baba Danpullo is uninterruptedly repaying without any problem despite the COVID-19 constraints.

The Guardian Post says no alarm was perceptible in their relationship, and the bank officials demanded the immediate and full repayment of the debt, which was to be repaid after ten years.
The paper adds that FNB bank officials have seized the opportunity to confiscate all of Baba Danpullo’s assets. We learnt that even assets not involved in the credit transaction, including buildings, considerable sums in his bank accounts and all his rents, were seized. These acts of plunder against the properties of Baba Danpullo are acts of pure open xenophobia on Danpullo raising many questions.
For example, observers are now asking if Baba Danpullo, from the height of his fame in Africa and the world, can be treated with such a xenophobic attitude. What about the common Cameroonians and other Africans living in South Africa? Xenophobic acts in South Africa are already gaining momentum with the attack on the businesses of Nigerians and other Africans investing and working in South Africa.
In what has been interpreted as a targeted and well-calculated move to cripple the businesses of Baba Danpullo in South Africa, the bank reportedly refused to allow him to raise funds in Cameroon to meet their sudden loan reimbursement demands. The bank’s attitude is unusual. The most curious thing which The Guardian Post gathered is that the sale of only one of the buildings put into liquidation would have allowed the totality of the debt to be settled.
However, the South African authorities launched a sell-off operation whose final and unconfessed aim is to ensure all Baba Danpullo’s assets in South Africa disappear.

This move by South Africans against a fellow black African demonstrates that the county is not ready for investment from its own black fellow Africans. The move suggests that black Africans wanting to invest in South Africa should reconsider.
It is unfortunate, given that South Africa has been trying to attract investment against a weakening rand.In this article, The Guardian Post argues that behind this unprofessional move by the FNB bank, white monopoly capital controls the South African economy several years after the end of apartheid. This white monopoly capital owns R15 trillion of the Johannesburg Stock exchange‚ with only 3% owned by black people.
Even though apartheid ended on paper, a lot still has to be done to disentangle South Africa from the yokes and chains of apartheid.
As a result of this decision by the FNB, millions of Rands are at stake against a struggling economy. The South African economy is mainly oligopolistic, with a super-wealthy white elite controlling large sectors of the economy through colluding monopolies.
The case of Baba Danpullo is not an isolated example. It is just one of the many concrete examples illustrating the continued existence of white dominance and economic imperialism in post-apartheid South Africa. Monopoly capital is at the end of the capitalism continuum.
These are the people that control the oligopolies of the industry. At the centre of this control are whites who are determined to see black African businesses fail. According to Times Live, banks‚ cellphone firms, the “construction cartel”, auditing firms‚ the wood and paper industry, metalwork and fuel companies meet this definition of monopoly capital.
https://www.timeslive.co.za/news/south-africa/2017-03-11-what-exactly-is-white-monopoly-capital-mzwanele-manyi-offers-a-definition/
As the South African economy keels in recession, worsening an official unemployment rate reaching nearly 28 per cent, deep-seated disparities in wealth are visible across the board. Less than half of the working-age population is officially employed. This monopoly capital does not care about black South Africans. Moreover, millions of black South Africans are chronically short of the capital needed to start businesses.
To make matters worse, the failure of the government to embark on land redistribution to empower blacks has made it worse. For example, in the aftermath of apartheid, the government left land and other assets mainly in the hands of a predominantly white elite. The government’s resistance to large-scale land transfers reflected its reluctance to rattle international investors.
As argued by Ayabonga Cawe, a former economist for Oxfam, the international anti-poverty organisation, and now the host of a radio show that explores national affairs, “We never dismantled apartheid…the patterns of enrichment and impoverishment are still the same. “Because of this white monopoly capital, most black Africans remain marginalised from the mainstream economy 22 years after apartheid. This seizure of Baba Danpullo’s assets undergirds the old argument that white monopoly capital is not new, but increasingly it’s used to deflect attention away from the real issues facing the country’s economy.
Urgent issues that the government must address include inefficiencies, incompetence, corruption, poor infrastructure, lack of skills and destructive policies. 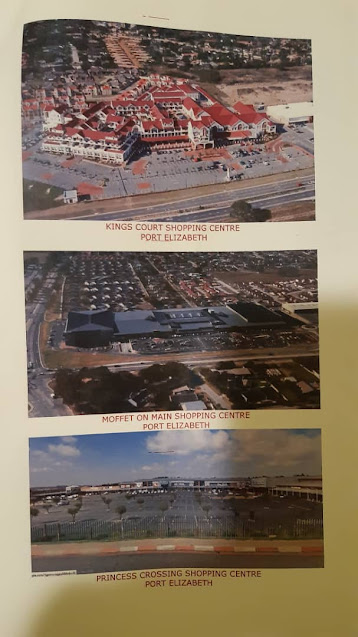 The governing party, the African National Congress, built empires of new housing for black South Africans but concentrated it in the townships, reinforcing the geographic super-structures of apartheid. Large swaths of the black population remain hunkered down in squalor on land they do not legally own.
Those with jobs often endure hours of commuting to and from work with private minibuses that extract vast slices of their paychecks.
For Ian Goldin, former senior economic adviser to Nelson Mandela during his time as president of South Africa and now a professor of globalisation at the University of Oxford in Britain, “It’s a profound structural problem,”. Thus, there is an urgent need to overcome a legacy of colonial exploitation, racial oppression and global isolation — the results of decades of international sanctions.
www.drayinfos.com