Woman Butchered To Death In Mbengwi.

Commercial biker dies because of 500Fcfa.

Journalists Almost Beat Up Driver Who Knocked Down Three Persons.

ecurity officials in Mbengwi, Momo Division of the North West Region of Cameroon are investigating the murder of Enjoh Irene, who was an accountant at the Mbengwi council. She was butchered to death at her Mbengwi G.R.A residence on the night of Sunday breaking Monday by unidentified individuals. According to Mbengwi online, the husband of the deceased has been taken for questioning given that, they have been having some marital issues before her death. Sources are also indicating that, Irene had on many occasions ignored calls for her to quit the marriage taking into account  how things were going. The identity of the murderer[s] and the reason behind the act are still to be established. Only investigations will ascertain what really happened to Enjoh Irene.

Commercial bike rider in Bamenda has lost his life because of 500FCFA. According to a colleague who opted for anonymity, it all started when the rider was not having money to 'settle control': ''We pay 500FCFA every Wednesday and Saturday to these uniform men in the name of settling control. They will even block us from working if we don’t pay. So on Sunday, this colleague of ours told them he was not having money. His bike was seized by one of the uniform men who later handed back the bike after collecting their guys national identity card. This rider later came back to pay the money and collect his identity card when the military man feel on him, kicking his penis and his chest causing him to bleed through the ears, nostrils  and mouth. We don’t really know what happened that caused him to act like that. We wanted to intervene and safe our friend but they had guns and there was nothing we could do. Some of his colleagues intervened and we rushed him to the PMI Hospital where he died. They even told us not even the General will stop them from collecting the monies because they are answerable to Yaounde''. The  man we are told was later taken away by Gendarmes but as far as commercial bike riders are concern, nothing will happen to him. They said, he will be promoted and sent to work elsewhere. They are however calling for Justice to take its full course.

nother vehicle belonging to a mobile   Communication company was recently hijacked by armed men in military attire. the vehicle was out on a promotion caravan it was taken along side the driver after council junction in Ntarinkon. Reports further states that, the driver later came back without the vehicle. The other other workers of the company reportedly took to their heels. As of the time of this report, the vehicle was still in the keeping of the hijackers.

ne of the victims of a fatal road accident that occurred recently along the Bamenda-Mbengwi road has been laid to rest. Bertrand  was laid to rest on Thursday, a day after the accident took place. They were three on a motor bike belonging to Tefang Jonas returning to Mbengwi from Bamenda when they were crushed to death by a vehicle belonging to a Humanitarian Agency known as Intersoss. Jonas, the wife and Bertrand all died  as a result of the accident. Fonguh Primus of Mbengwi online told DrayInfos that, the couple will be laid to rest on Saturday, July 11, 2020.

ome Journalists in Bamenda last Wednesday July 01, 2020 reportedly removed their press garments and almost beat up a driver working with World Food Program. This driver had knocked   down three persons on a motor bike and was dragging his feet to take them to the hospital. According to reports, this driver hit the bike as he was about a U-turn  at the Governor’s Junction when the bike was heading towards custom's junction. The journalists were infuriated when the driver ignored those he had just hit and was busy look at his car. After taking the victims and their goods off the road, it was time to face the driver which they did with full force.  He would later succumbed and take them to the Army hospital at up station where they were attended to. Talking to DrayInfos after the incident, one of the victims said, the driver paid all the bills.

he where abut of a driver and his assistant abducted by armed men in civilian attire is still to be established. They were taken away after their vehicle; a truck transporting drinks was set ablaze in Santa, Saturday July 04, 2020. According to a native of Santa, the act was uncalled for: “the act was uncalled for. How can we continue punishing our own? The vehicle they burnt did not belong to le Brasseries du Cameroon but to a private contractor who use it to feed his own family. People should really think before acting. How will this man feed his family? I fear for the driver and the motor boy taken hostage by the attackers. These days, both sides dress in civilian and military attires, so it is difficult to even tell the identities of those who carried out the burning”.  Mathew told DrayInfos. According to a traveler who was on his way to Bamenda when the incident happened, their vehicle was stopped and everyone asked to cooperate. They were also warned against making any phone call as they saw the vehicle being set ablaze.They were only allow to go after the incident. 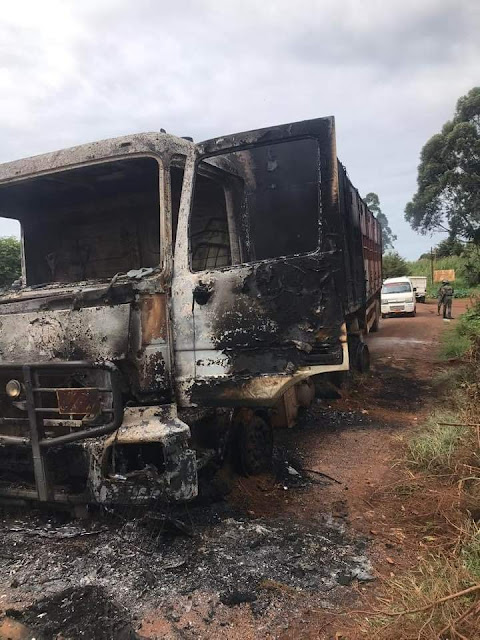 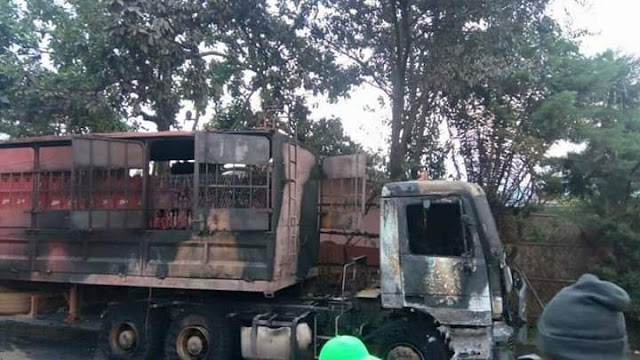 Man was recently rushed to the hospital after a girl suspected to be a sex worker used a bottle on his head. Hans as he is called took this girl to his house in Nkwen  where they spent the night after drinking heavily. When it was settlement time, Hans did not want to pay the 5000FCFA they had agreed opon. According to him, there was no way he was going to pay such an amount of money after going just for a ''round'' as he put it. On her part, the girl said he was on her the whole night and that, it was not her fault that, he was unable to go for more ''rounds''. She was talking while holding the guy on his trousers with the broken bottle in her hands. Neighbors had to complete the 2000FCFA Hans gave her before she could let go. Hans was taken to a health facility for medical attention. Neighbors told DrayInfos that, Hans is noted for bringing girls around and is also noted for quarreling with them.

he newly installed Divisional Officer for Bamenda II Sub Division, Mr. Nicholas Nkongho Wanchang has been called upon to put an end to the Threatening, Torture and Marginalization of persons in his Sub Division because of their opinion. The call came from the Senior Divisional Officer for Mezam, Mooh Emile Simone as he commissioned the new D O in to office, Thursday July 02, 2020 in Bamenda.

“Promote the principle of the state of law and democracy especially the freedom of opinion within the legal frame work. No citizen should be threatened, torture and marginalized because of his opinion. Nobody has the right to impose his views on others through violence and intimidation”. Mooh Emile tasked the new D O.

wo suspected robbers have been beaten tom death at the Azire old church neighborhood in Bamenda. The lifeless bodies of the boys were discovered in the early hours of Monday July 6th, 2020. It is still not clear what really happened that they were killed but sources are indicating that, they were part of a gang that went out disturbing the peace of the populace of that area on the night of Sunday, breaking Monday.

ome Shed owners at the Ntahturu Motor Park in Bamenda are yet to come to terms with the losses they have incurred following a fire incident that saw the content of their chops going off in flames. According to one of the victims, one of the night watch men at the park popularly known as Bali Park told him that, when electricity returned at about 9:50PM, he saw something that looked like an electric sparks but took it normal since it has been recurrent. He furthered that, at some minutes after 10 PM, he saw smoke emanating from one of the provision stores and before he could figure out what was actually happening, fire was all over the shop. The flames would later move to the other shops and before the Army Rescue could intervene, five shops have already been razed. 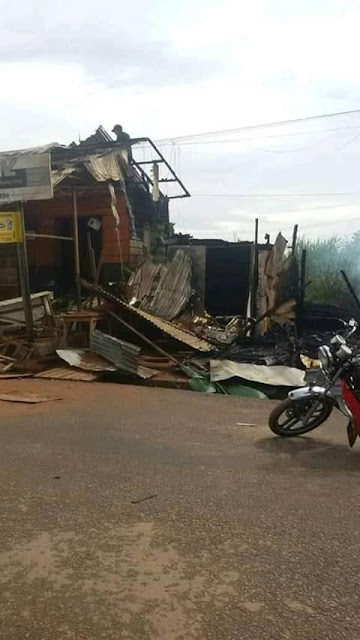 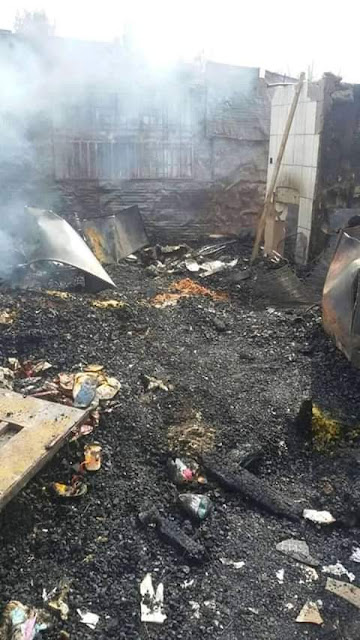