By Dingana Raymond
The water crisis that has been a bone in the neck of many at the Government Residential Area (GRA) and many others in the Bamenda I municipality at up station is gradually becoming a thing of the past.
This is thanks to a bore hole contructed by Sen. Bar. Kemende Henry of the Social Democratic Front Party( SDF) and named 'Mami Frida Fountain' after his mother and handed over to the community.

During the handing over ceremony that took Sunday Nov.7 2021, Sen.Kemende said he took opon himself to quench the thirst of his people after seeing them go through to get portable water especially during the dry season.

"It was the suffering I witnessed. If I wasn't living in this quarter, i wouldn't have believed GRA of all places could be suffer such a water crisis. It was painful seeing my people digging the river beds behind my house just to get water especially during the dry season. I felt so bad and prayed to God to give me the strength and the resources to do something for them so that they don't suffer again," he narrated.

He further explained that God finally answered his prayers which is the reason why the project was executed and handed over to the people.
Asked why he baptized the project 'Mami 'Frida Fountain, Kemande said it was a way to thank his mother for what she did for him,

" My mother suffered somuch for me reason why i decided to name the people oriented project after her in rememberance of her and also as a way to say thank you mama," Kemende explained. 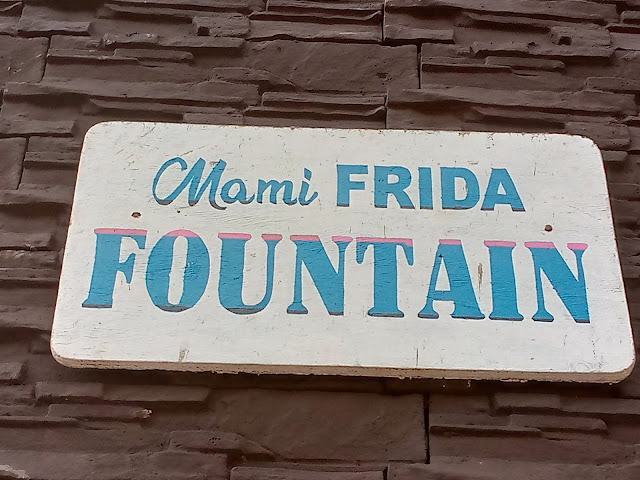 Drayinfos sought to know from him why he chose to carry out such a project but in Bamenda I instead of his native Bali Kumbat,read him:

"God's time is the best, I have not forgotten about them. Just that I saw how these people were really suffering and I said let me do something. Theirs is on its way, he answered. I am senator for the region and not a particular place meaning I can support developmental projects anywhere."

Also present during the ceremony was the Mayor of Bamenda I Council, Mbigha Felix. Talking to the multitude that answered present, he said,

"Politics has no color, it's all about development. Sen. Kemende is of the Social Democratic Front, he is not even from here yet he saw the need for the people to have portable water. Not only those of the SDF will benefit, all of us will enjoy it.We are previlage to have someone like him," mayor Mbigha noted.

He furthered that Bamenda I has 58 quarters that are all struggling to survive under the weight of a serious water crisis that needs attention.
He said they will work in synergy to salvage the situation while inviting the beneficiaries to use the water with care so that many others can also benefit.
Among those who answered present at the event was the Fon of Bamendamkwe, HRH Fon Forchesiri III who invocked the spirits of the ancestors to watch over the borehole by pouring wine in a typical traditional style.
Denizens of GRA and other neighborhoods also thanked the senator for coming to their rescue.
They promised to do all within their power to see in to it that sustainability is guaranteed.
It should be noted that on Sunday July 18 2021, Sen. Kemende promised to liquidate the furniture that was destined for the courts in the North West Region and was rejected by the Ministry of Justice to a water project for the community.
www.drayinfos.com
Labels: COMMUNITY DEVELOPMENT