Showing posts with the label TRANSPORTATION
Show all 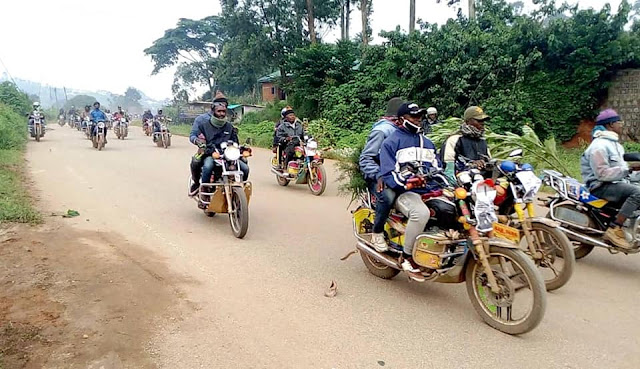 By Raymond Dingana Commercial Bikers in Bamenda say, Mayor Achobong Paul of the Bamenda city council should provide them with taxis to facilitate their switching to the cab driving sector. They made the request after the mayor said he was going to provide one thousand drivers licenses to bike riders willing to switch to the taxi sector. This came following the restriction of circulation of motor bikes in urban areas in Mezam Division of the North West Region of Cameroon. "If the mayor is serious about what he is saying, he should not only pay for licenses but buy taxis and give us. That will make it easier for us to switch and the restriction on the  circulation of bikes in urban areas will be very much welcomed without which, there will be problems." Timothy Ako said. As stated by this other biker who voted to be referred to just as Jerry, the administration has never been people oriented reason why they take decisions without thinking about the man in the streets.
4 comments
Read more
More posts